The P-51 Mustang plane once stationed here in the Bluegrass will fly in the Thunder Air Show. 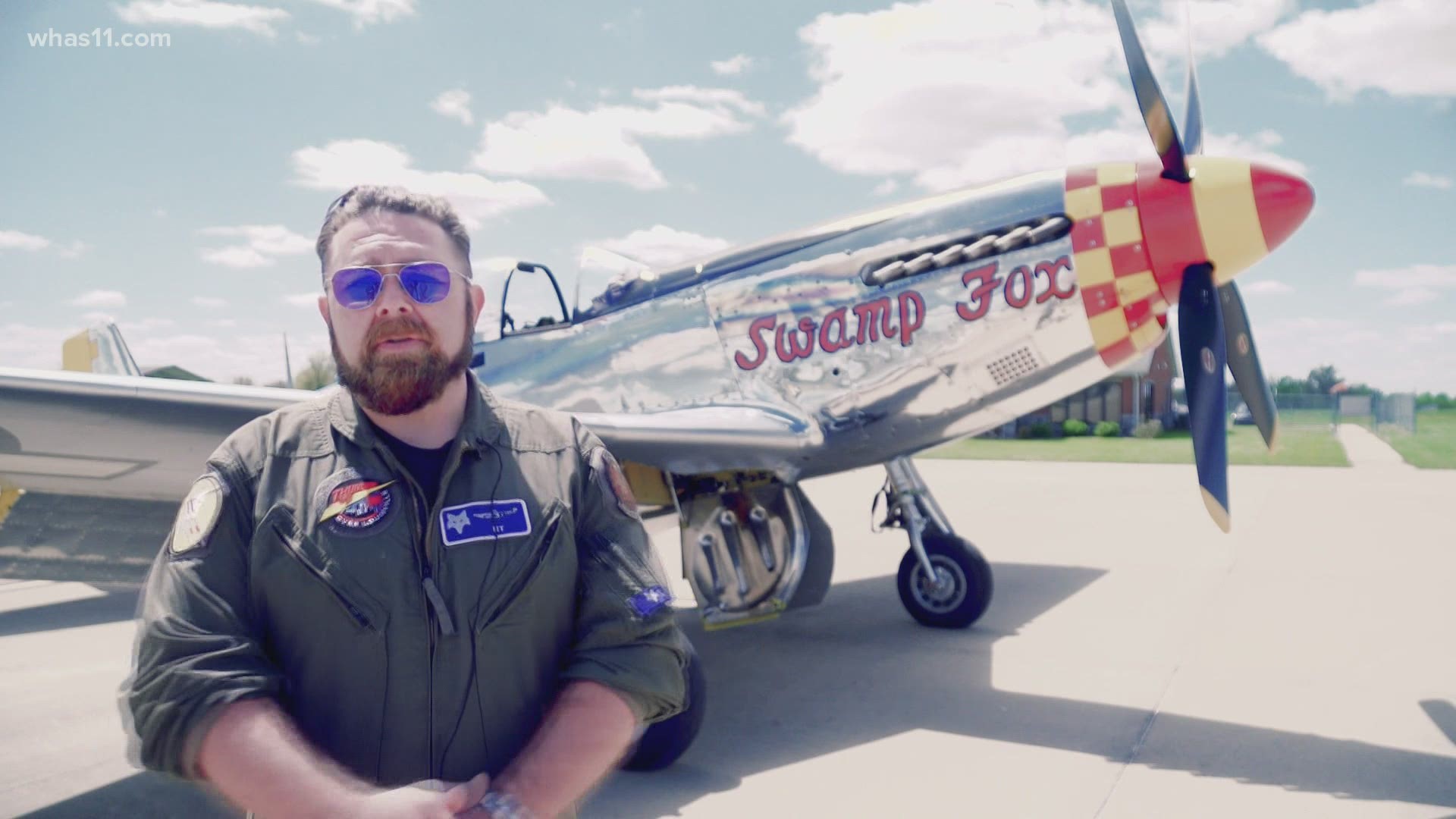 LOUISVILLE, Ky. — The plane took off from the Kentucky Air National Guard base and did not return until six decades later.

Swamp Fox was assigned to the Kentucky Air Guard in July of 1953 and stayed in the Bluegrass until October of 1956 when it was moved to California. The next year, it became surplus property.

The plane went to a private individual in 1957 after being sold in an auction and changed hands a few times the next 50 years.

In 2012, the Dickson's restored it and it took to the skies once again.
Now the P-51 travels the country inspiring the next generation of military aviators to join up with its amazing aerobatic routine.

"It is a tremendous honor and priviledge," said R.T. Dickson Jr., the Swamp Fox pilot. "It's very humbling to keep a piece of Kentucky history flying. To be able to bring her back year after year... very excited to do that. It's great to see old firends I've made here in Kentucky in the Air Guard and around town."