Scot Ames Jr. was killed February 19 during a training flight with a student when his T-38 Talon trainer jet crashed in Alabama. 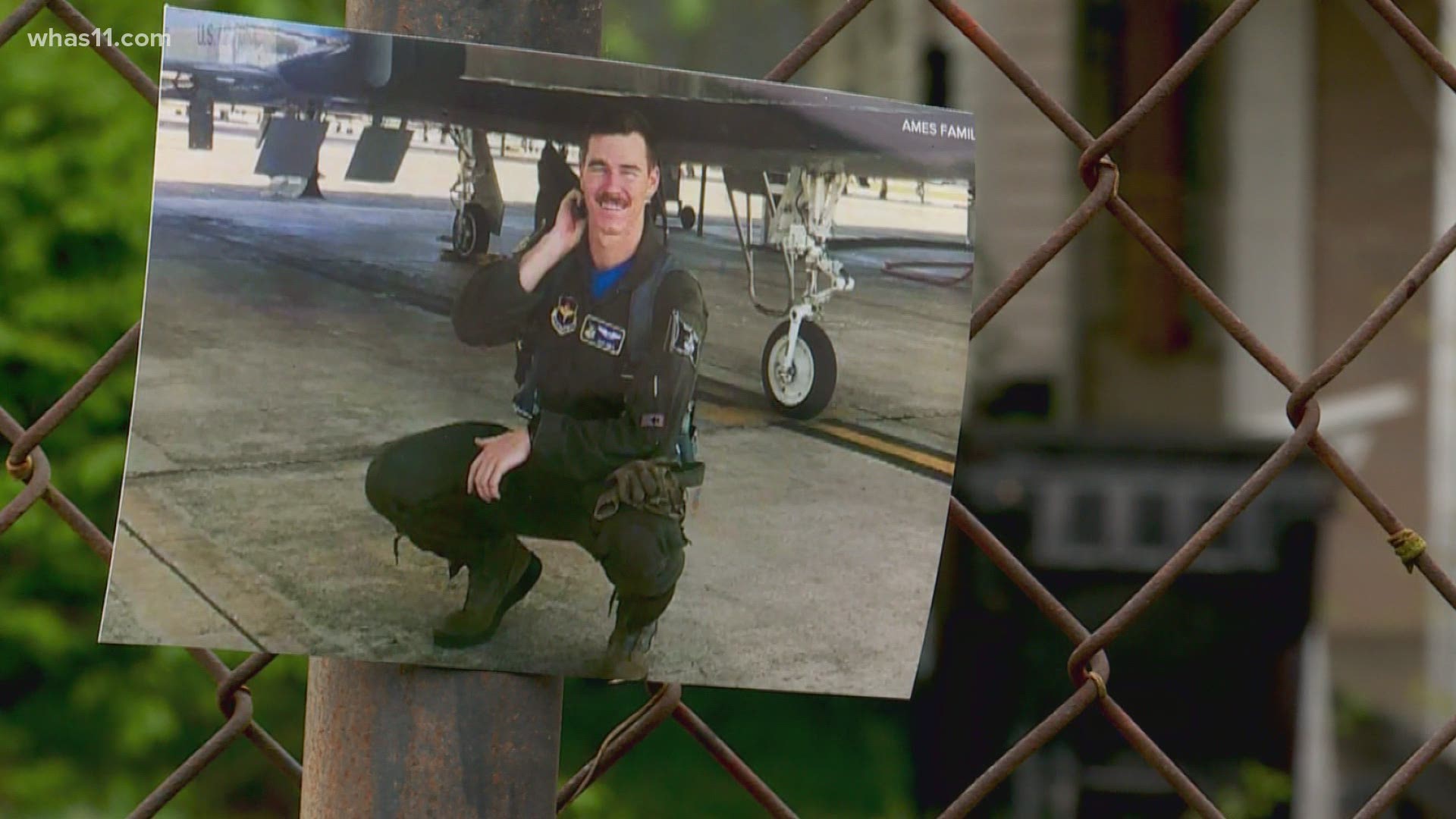 HENRYVILLE, Ind. — Pilots from Air Force First Lt. Scot Ames Jr.'s squadron will be flying in his honor at this year's Thunder Over Louisville Air Show after the Southern Indiana pilot was killed this February.

"Every year we would go to the air show and he would say, 'Mom, one of these days, that's going to be me.' I'd say, 'Well I hope it is,'" Ginger Ames, Scot's mother, said. "He always said he would and he worked hard for his dreams and did everything he said he was going to do, so I had no doubt in my mind that one day he would be doing that."

Ginger said her family, who lived in New Pekin, Indiana, has made it a tradition to watch the Thunder Over Louisville air show.

"We've watched the Thunder Air Show and Thunder Over Louisville since the very first one many years ago," she said.

Ames told his family he dreamed of one day flying in the air show himself. He would earn his wings and become an Air Force pilot, stationed at the Columbus Air Force base in Mississippi as an Air Force flight instructor with the 50th Flying Training Squadron.

"He called home back — it was probably November or December — and said, 'I just applied to fly in Thunder Over Louisville.' We were so excited," Ginger said.

Ames was killed February 19 during a training flight with a student when his T-38 Talon trainer jet crashed in Alabama.

Ginger said she and her husband were at Columbus Air Force base this past weekend for their son's roll call when they learned two T-38 planes from the 50th Squadron and two planes from the 49th Squadron would be flying in this year's air show in Scot's honor.

"It'll be a little overwhelming, but it's going to be a huge honor to see those planes fly over and know that that's what he would be doing," she said.

"It's an honor for a hometown kid to do that," Scot Sr. said.

Ginger said her family will meet the pilots when they arrive in Louisville and will give them a flag to take with them during their flight in honor of her son who had long dreamed of making that same flight.

"I believe that he's with us now and very honored knowing that these guys are coming up and doing this for him," she said.

According to Ginger, the 50th Squadron plans on flying in Thunder Over Louisville in future years to continually honor Ames.

The Thunder Over Louisville Air Show will begin at 3 p.m. Saturday and can be watched on WHAS11.