The plane he flies is supposed to be a cargo transport. Instead, Younkin makes it fly upside down. 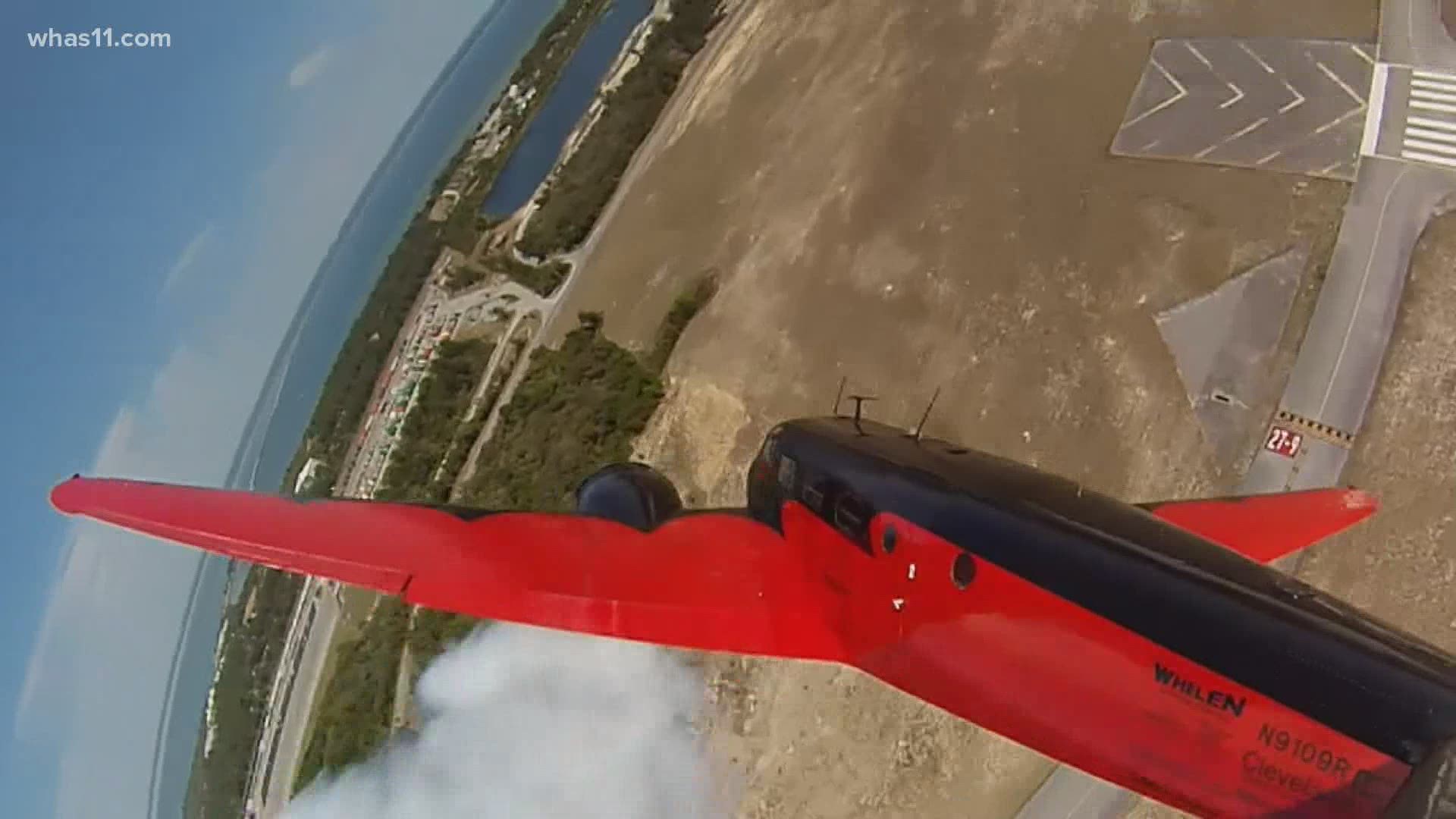 LOUISVILLE, Ky. — While things will look different during this year's Thunder Over Louisville airshow, there are a few things not even a restricted airbox can change.

Matt Younkin will take to the skies twice for his seventh Thunder and first airshow of 2021 in a World War II era surplus Twin Beech 18.

"It was a navigation trainer during the war known as an AT-7," Younkin said. "It's a big red and black airplane with two engines and two tails and it makes a lot of smoke and a lot of noise and we do an aerobatic demonstration you're not supposed to be able to do with with a Twin Beech."

This airplane is unlike anything else you'll see at Thunder this year, unless you count the second time Younkin will take it to the skies of Louisville that day. He'll have a bunch of lights hanging from the aircraft when it's dark.

"It appears to glow in the dark. You can see all the way to the wingtips and see the whole tail and the engines," Younkin said. "The bottom twinkles so you can tell which way the aircraft is orientated as it goes by."

The past year was tough for Younkin as airshow after airshow canceled. With April 17 on the horizon, he said he's ready to get back after it.

"I booked 23 shows last year. Three worked," Younkin said. "I'm looking forward to getting back out there and doing it, and Louisville is my first show of the 2021 season...always one of my favorites. I've been fortunate enough to be invited back to Louisville so many years in a row, I kind of feel like you guys are my family."

RELATED: Fireworks, air show to be held in 'undisclosed locations' for Thunder Over Louisville 2021