Some of the acts performing include the U.S. Navy F/A-18 Tac Demo Team, the U.S. Army Golden Knights, and the 123rd Kentucky Air National Guard. 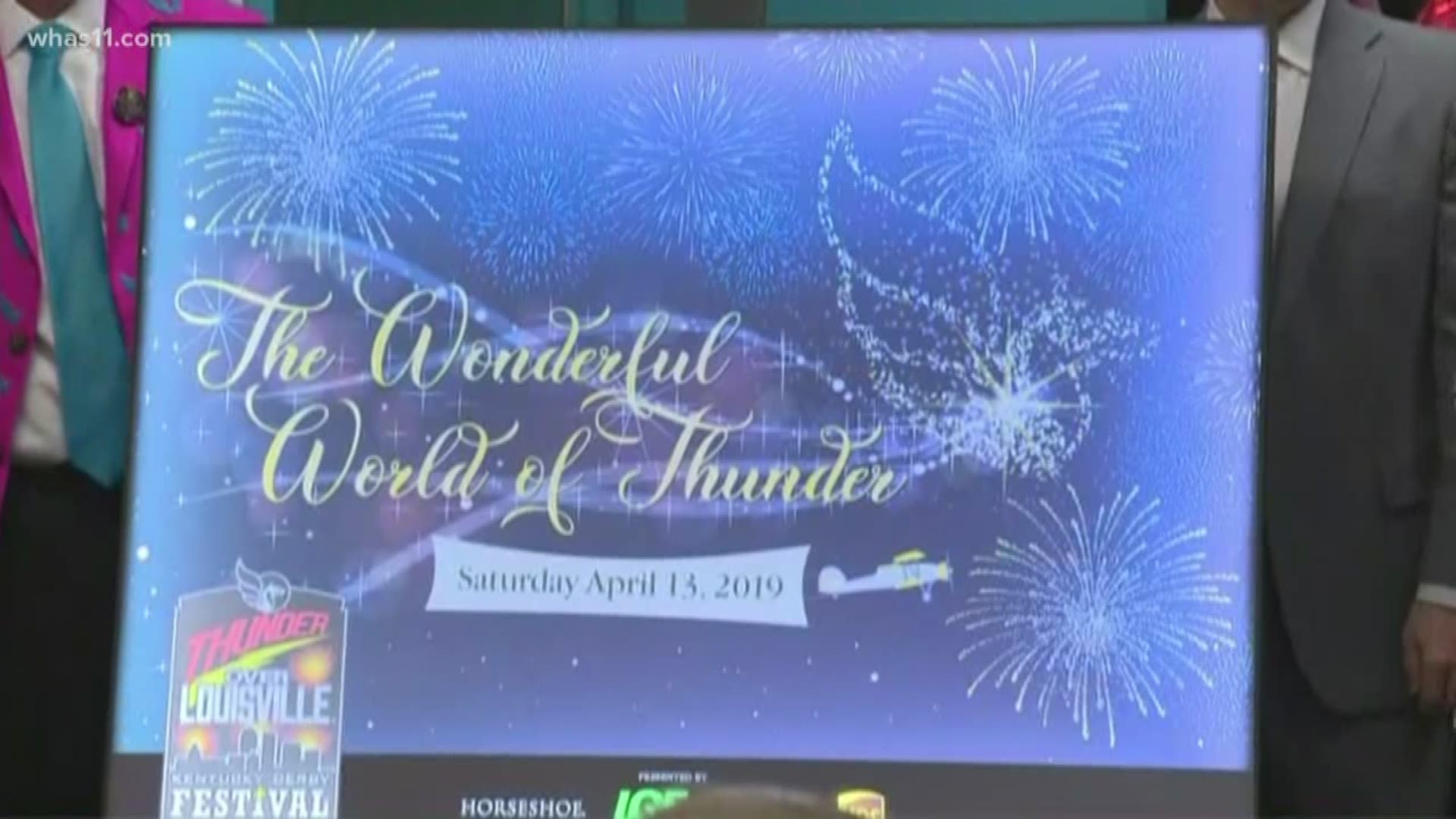 “Thunder has one of the top air shows in the country, and this year’s line-up is one you don’t want to miss,” said Mike Berry, Kentucky Derby Festival President and CEO. “A big thanks to the Kentucky Air National Guard, Louisville Muhammad Ali International Airport and Bowman Field. Without their support, we couldn’t put on an air show of this caliber – or have a place to put all those planes.”

Some of the acts performing are the U.S. Navy F/A-18 Tac Demo Team, the U.S. Army Golden Knights, and the 123rd Kentucky Air National Guard. New to the Air Show this year is Trojan Thunder, a six-ship team of T-28 Trojans, who fly overhead in aerial formations with a backdrop of noise from the nine-cylinder Curtiss-Wright engines; as well as the Swamp Fox P-51 Mustang.

Below is a complete list of the acts and their times as of April 12: