The August 7 event will feature more than 200 craft beers on tap. Tickets are on sale now. 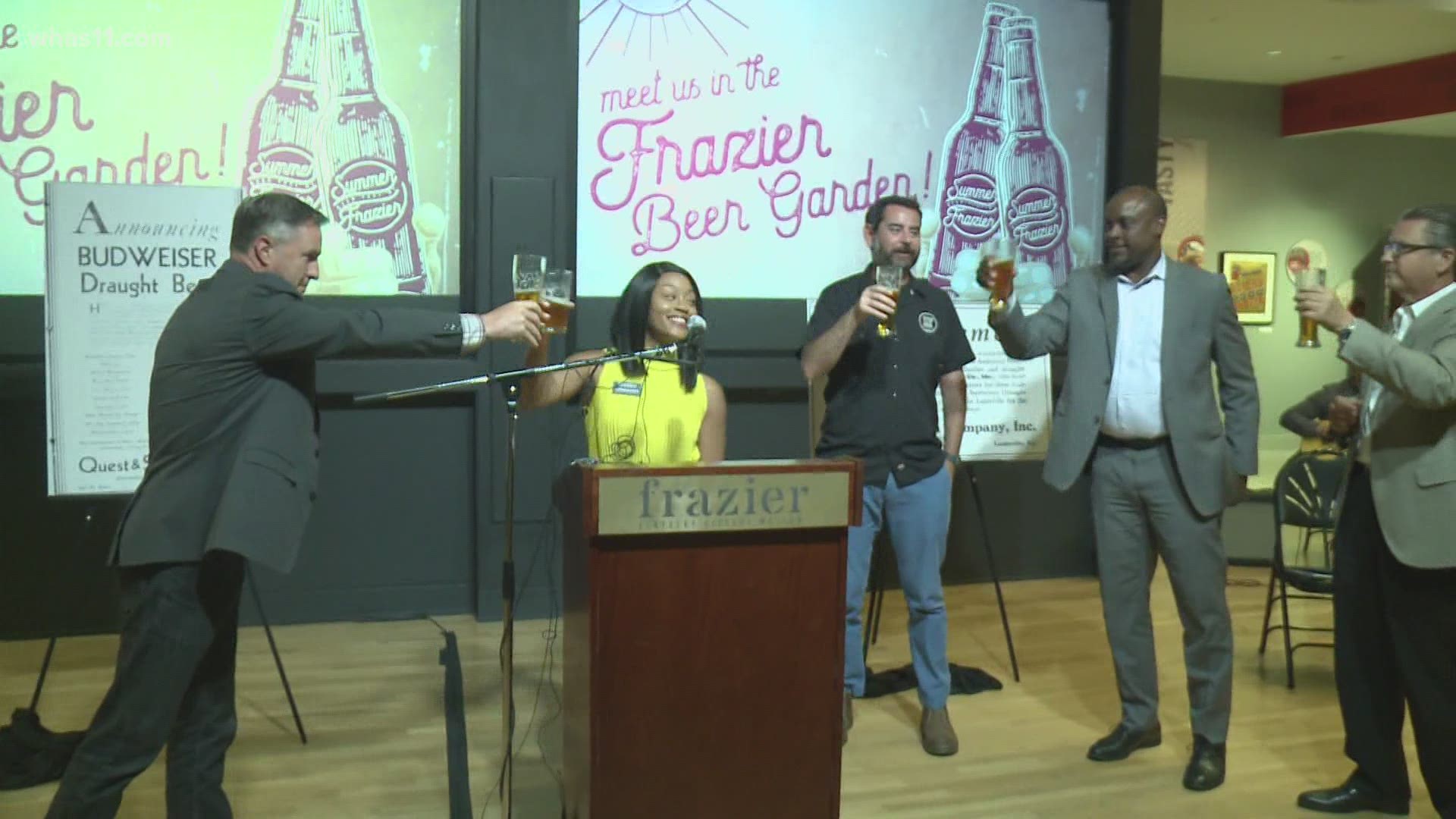 LOUISVILLE, Ky. — According to a release, the Frazier History Museum is hosting its inaugural beer festival this coming August.

Frazier is teaming up with Louisville Tourism, Kentucky Guild of Brewers and SummitMedia for the event that will feature over 200 craft beers on tap which represents over 90 brewers, as well as a dozen of brewers from out of state.

The festival will take place in a Pop-up Beer Garden located behind the museum. The beer garden will extend from the north side of the building to the flood wall, occupying parking lots and sections of Ninth and Washington Streets.

“With over 200 specialty beers, food trucks, live music, and Kentucky pride spilling over with each tasting, this promises to be one of the largest beer tasting events in Kentucky,” Frazier President and CEO Andy Treinen said.

In the past year, the Frazier has hosted multiple panel discussions on downtown Louisville and the many efforts to attract more locals and tourists that are already underway.

VIP admission includes access to the Gateway Garden and the museum’s interior, including three floors of galleries and exhibitions; early festival access, dozens of additional beers, and more.

To purchase tickets and for more information on the event, click here.