Here's a list of what's happening, when and where, with information from the organizers about how they're honoring the victims of 9/11. 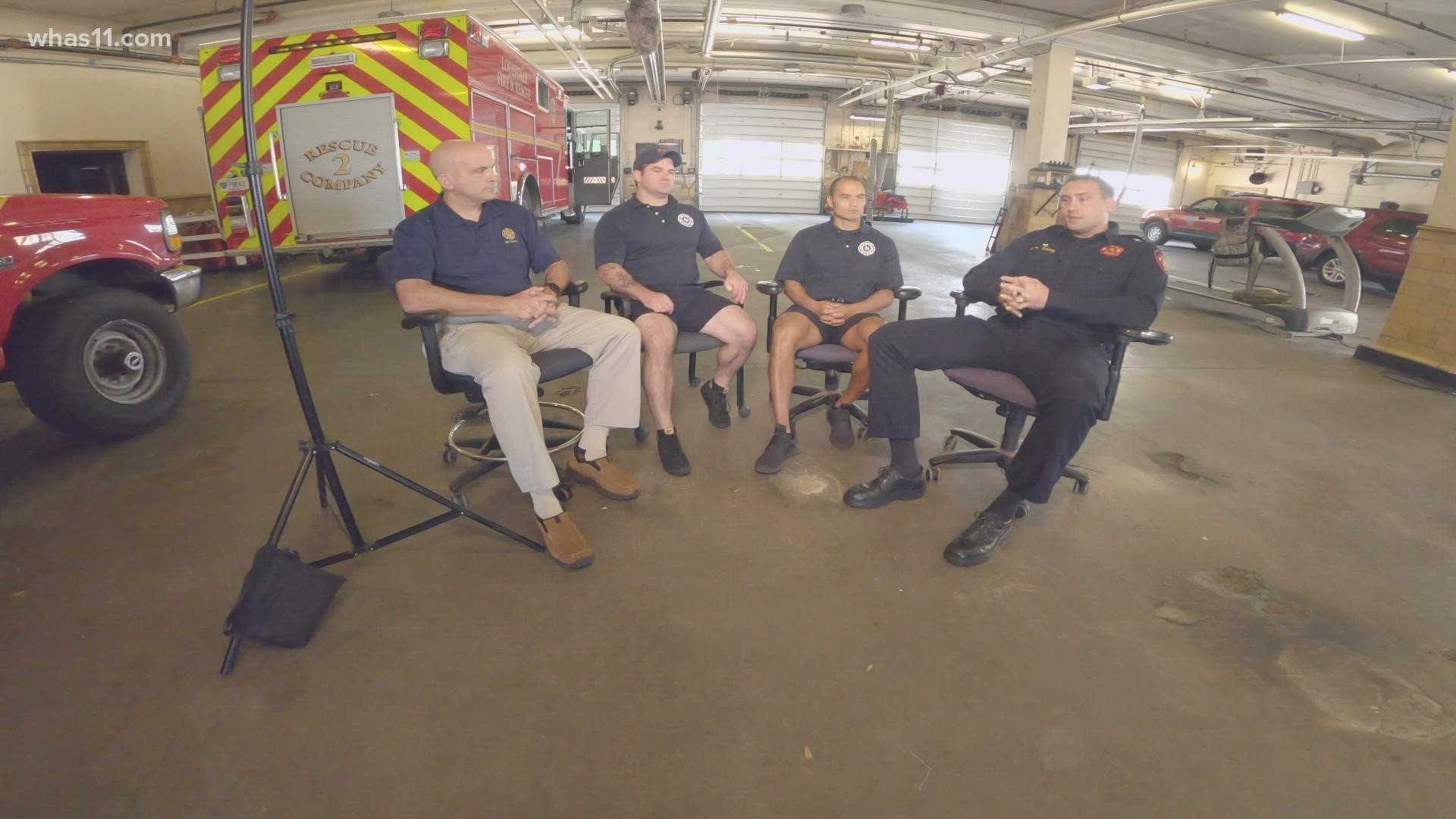 LOUISVILLE, Ky. — Saturday marks 20 years since the terrorist attacks on Sept. 11, 2001. A full schedule of events is planned across Kentuckiana this weekend in remembrance of those who lost their lives on that day.

We're keeping track of events across Kentuckiana for the weekend of September 11.

Don't see an event here? Let us know by sending us a message on Facebook or through our Contact Us page, and we'll add it to the list.

What: On Saturday, September 11, 2021, the LFD will be hosting and participating in two events in remembrance of those lost in the attacks that took place on September 11th, 2001. LFD is hosting its annual 9/11 remembrance at LFD Headquarters. A steel beam from the World Trade Center will be on site for the ceremony. The LFD Honor Guard will lay a wreath on the WTC Steel to honor the 343 FDNY firefighters that were killed when the Towers collapsed.

Cathedral of the Assumption will hold its annual Blue Mass. Fallen public safety personnel from Louisville will be honored during the ceremony. This will include the reading of the names of all Louisville first responders that have died in the line of duty.

Gov. Andy Beshear will join Louisville Mayor Greg Fischer and leadership of the Louisville Fire Department at the ceremony.

In accordance with a proclamation from the White House, the Governor has directed that flags at all state office buildings be lowered to half-staff from sunrise until sunset on Saturday in commemoration of Patriot Day and in honor of those lost in the attacks.

What: The city of New Albany is holding a ceremony in honor and remembrance of the first responders, military personnel, and citizens who answered the ultimate call that fateful day.

What: The museum is hosting a tribute that features a flag raised high between two ladder trucks, an address, a period of silence and a bell ceremony.

What: The Kentucky blood center is having multiple blood drives across the commonwealth in tribute to 9/11. The organization recounted that the the morning of September 11, 2001 that thousands in Kentucky sought to be help those affected by donating blood.

What: Global Game Changers is hosting a remembrance of 9/11 that features tributes to heroes and victims of 9/11. Following the tribute the organization is offering all-day activities including food trucks, a stair climb challenge, a display of first responder vehicles and a performance from Kentucky native and American Idol contestant Alex Miller.

What: The Louisville Chorus is hosting a concert as a memorial tribute to those who lost in 9/11. General admission tickets cost $23 while seniors cost $20 and students cost $5.

What: ElderServe is donating care packages to over 30 firefighters at Louisville Fire Department Engine 22. Volunteers are presenting baskets full of personal care items, socks and snack foods. A short ceremony will precede the events.

What: Etown Police are partnering with Walmart for a food drive. Those interested can donate non-perishable food items and all donated food benefits Hardin County's Helping Hand of Hope.

RELATED: Biden to mark 20th anniversary of 9/11 at 3 memorial sites