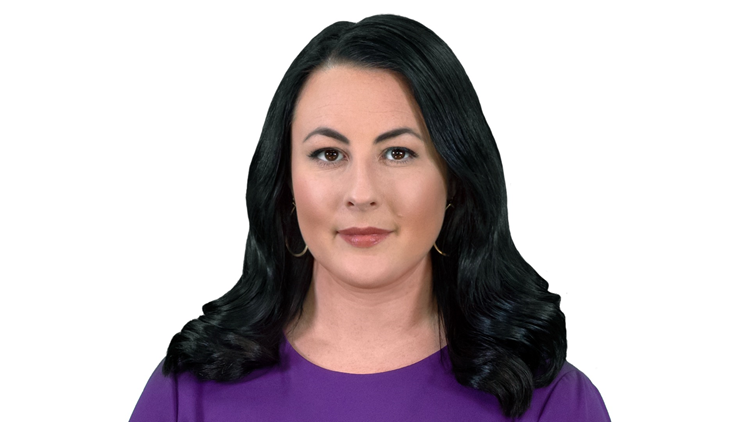 Shay McAlister is an investigative journalist at WHAS11 in Louisville, KY.

She joined the team in July of 2015 as a multimedia journalist, fresh out of college and eager to learn. She took on a new role as a full-time investigation journalist in the spring of 2019.

During her years as a general assignment reporter covering daily news in Kentuckiana, Shay found her passion for shining a light on areas that would probably prefer to be dark.

Her series of stories covering Louisville’s homeless lead to the formation of a “Homeless Task Force” and new city ordinances offering a more compassionate approach to clearing homeless camps.

Shay is part of the UNSOLVED team, which brings new light to Kentucky cold cases. The team’s coverage has brought in fresh tips and grant money that has helped detectives get closer to finding answers in those cases.

But Shay says she is most proud of her work with the ACE Project. In 2015, Shay met a grieving mother, Rose Smith, at her son’s vigil. The two kept in touch for years, as Rose started a non-profit in her son’s honor. In 2017, Rose told Shay about her biggest dream yet- she wanted to build a community center on the property where her son was killed. In May of 2019, Shay and Rose officially opened The ACE Place.

Shay grew up moving often, lucky enough to live on the beach, in the mountains, and in Europe. But Colorado and Texas feel most like home. It was during these moves that she learned to introduce herself quickly and ask questions often- two skills which were reinforced at the Missouri School of Journalism where she graduated with a Bachelor of Journalism.