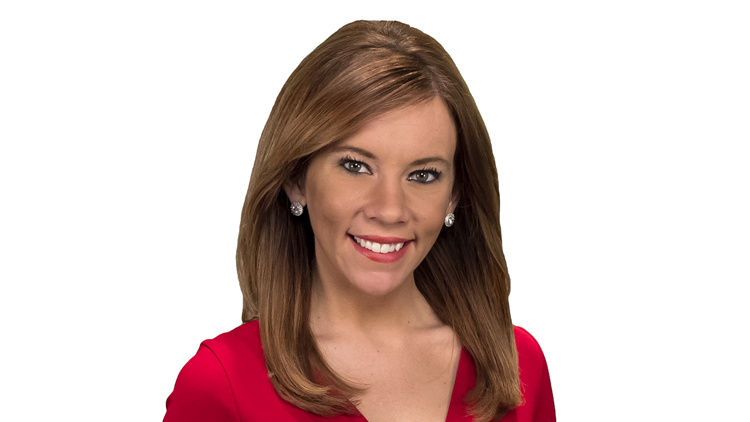 Lisa Hutson is a Reporter/Anchor at WHAS11 in Louisville, KY, specializing in general assignment reporting.

I am so excited to return to my Kentucky roots and call Louisville my new home.

I was born just a few hours south in Murray, Kentucky where my family still resides. While I moved to Arkansas in my early years, I spent many summers coming back to my grandfather’s farm in a little community we like to call Hico, Kentucky. I come from a long line of hard-working Kentucky farmers and I’m still a country girl at heart.

From the time I was a teenager, I knew I wanted to be a journalist. I lead my high school journalism program while working part-time at the local radio/community television station doing everything from filming sporting events to taking out the trash and I loved it.

My college years took me to Southwestern Assemblies of God University in Waxahachie, Texas where I studied Marriage and Family Therapy.

I returned to my passion for storytelling in 2010 at KTHV in Little Rock, Arkansas. For 3 years, I covered wildfires, tornados and the everyday struggles of everyday people. While in Little Rock, I shined a light on the issues local veterans face returning from multiple tours in Iraq and Afghanistan in my series “Life After War.”

My reporting career took me to WXIX in Cincinnati in 2013. I am most proud of a documentary series called “Finding Home” where I followed a local family’s journey out of homelessness which garnered thousands of dollars in donations to local homeless shelters.

For the last two years, I’ve been waking up early in Waco, Texas as a morning news anchor at KCEN telling stories through my series “Heart of Central Texas.”

I am so eager to try all the great food that Louisville has to offer and attend those exciting UK-Louisville basketball games. I am so thrilled to serve the city of Louisville and I’m excited to get to work telling the stories that matter to the people of this amazing city.