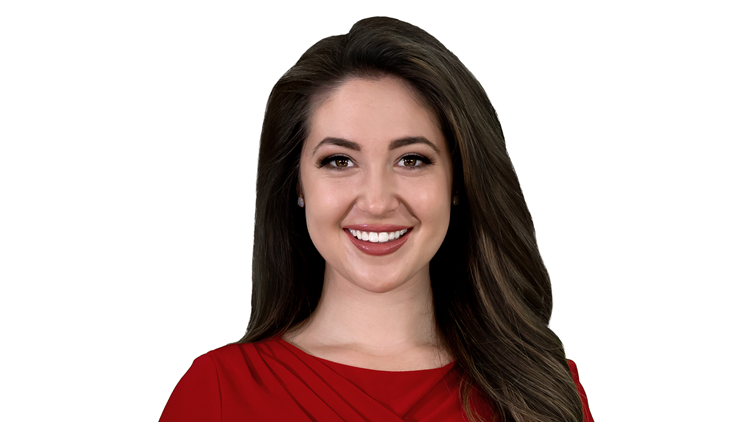 LOUISVILLE, Ky. — Kristin Goodwillie is excited to be working with such a great team of journalists at WHAS11. She grew up with aspirations of becoming a writer and even wrote her own books as a child. Kristin feels extremely lucky to be given the opportunity to tell the incredible stories in Kentuckiana.

Kristin's first new job was in Oregon, after graduating from California State University, Fullerton. She was born and raised in San Diego and is excited to call Louisville and Southern Indiana home.

Kristin started out in Eugene, Oregon. She was one of the first reporters on scene to cover the Umpqua Community College Shooting in 2015, Kristin was live for many national news organizations and extensively covered the shooting for weeks. Shortly after, Kristin was promoted to the main evening anchor position.

Kristin graduated from California State University, Fullerton with a B.A. in Broadcast Journalism and a minor in Radio/TV/Film.

While at CSUF, Kristin interned at ABC 7 in Los Angeles and, in the summer, at a not-for-profit in Washington D.C. One of her most memorable experiences was traveling to the rain forests of Guatemala as a foreign MMJ Reporter for CSUF, sharing stories of struggle and hope about the selfless work of Refuge International’s medical mission. Her work was posted on ABC 7, Refuge Intl. and CSUF websites.

Fun Fact: Kristin grew up training as a classical ballerina and performed through college.

In her spare time, Kristin enjoys reading, hiking and exploring new restaurants. She enjoys traveling with her husband and is the proud fur mom to Luna, the sweetest Golden Retriever you’ll ever meet.

I look forward to hearing from you!