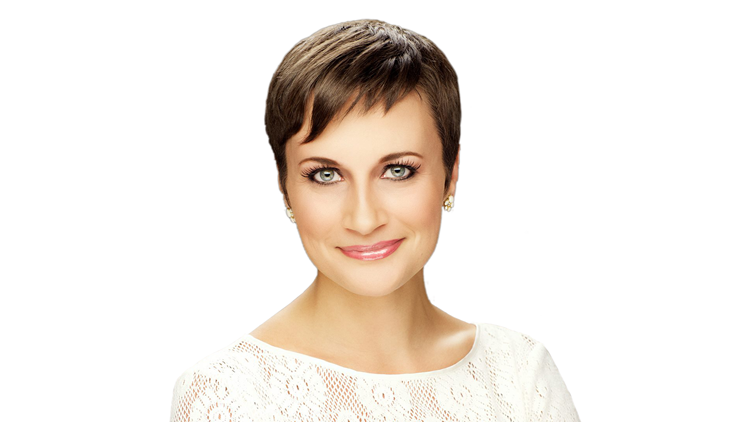 Julie Wolfe is the News Director, overseeing all on-air and digital content at WHAS.

Julie as 14 years old when her grandmother paid $14.99 for a VHS tape at the CNN Center showing her “anchoring” (which is a generous term to describe stumbling through a teleprompter wearing a too-big polyester blazer with the CNN logo). The tourist souvenir sparked an interest in journalism that thrived with Julie’s natural curiosity.

Julie graduated from the University of Georgia with a Journalism degree, packed up her beat-up Honda Civic, and headed across the country for her first reporting job in Cheyenne, WY. Next came Buffalo, NY. In 2006, home came calling and Julie returned to Atlanta as a multi-media journalist at WXIA-TV.

Then, social media erupted, and Julie’s curiosity was primed.

She jumped in, eager to learn everything she could about the new digital and social frontier, what it meant to broadcast television and how it could build new audiences. She was quickly named Manager of Social Media, and eventually, Director of Digital Content.

In 2018, Julie was named News Director at WHAS in Louisville. Her husband Ryan, her half-mermaid, half-princess, part dinosaur daughter, and her grumpy but adorable rescue mutt came along for the ride.

Julie and Ryan met in a running group raising money for cancer. Julie has run 35 marathons and several ultra-marathons. While her running shoes don’t get as much use these days, you’ll still catch her exploring Kentuckiana running, walking, and hiking.

If you do catch her in one spot, it’s either cooking a new recipe or reading a book from this week’s Best Seller’s list.